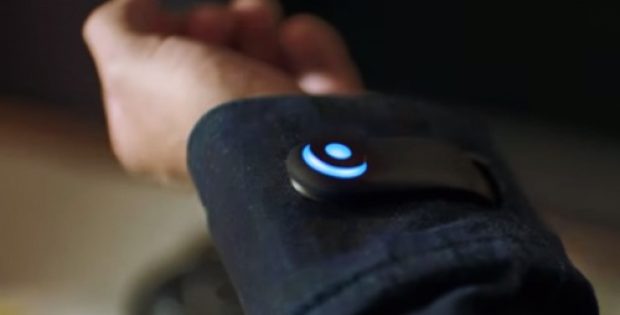 Reports confirm that tech giant Google and Levi’s have collaborated to make latter’s Commuter X Jacquard smart jacket even smarter, as Google has unveiled a new mode for it known as ‘Always Together’. This new mode is allegedly designed for preventing the users from forgetting their jacket or smartphone behind.

Apparently, the mode is an automatic alert which could be set up to trigger as soon as one’s jacket and phone gets too far. As soon as the alert is triggered, both the ends are notified, which means that once the phone of the user gets a notification, the signature sleeve tag of the jacket would also blink and vibrate.

Further from the reports, it is probably way too late in the lifespan of the jacket for this new feature to drive large number of fresh sales, but this surely sounds like a useful trick for people who already have this jacket in their closet. Those who have this jacket could simply give it a try after they update to the latest version of the Jacquard app.

Citing reliable sources, this is a neat addition to the smart jacket, which could already utilize touch inputs for controlling things on one’s smartphone such as navigation pings within Google Maps and music controls. An update in the Jacquard platform, earlier this year, introduced a handful of other functions, such as pin drops on a map to save locations as well as support for ride sharing alerts.

In late 2017, the Commuter X Jacquard smart jacket was introduced with a price tag of $350. However, Google has been continuously updating the Jacquard app to add some new features on the smart jacket. Purportedly, the jacket also allows users to turn on music, make calls, receive messages and a lot of other stuff without even taking out the device.